Taking over the family business can be interesting. At times it can be expected, at times it can be a choice. Either way, in Miles Thomas’ case, it required a lot work and a lot of heart, and for Miles it comes with a sincere gratitude.

McCary’s Jewelers was opened in 1941 by Miles’ great-grandfather, Jim McCary. Jim and his father worked together in their first location in downtown Shreveport on Milam Street. This was soon after the depression when Shreveport became an oil city. The city was booming, therefore McCary’s was booming. The humble beginnings of the family owned jewelry store filled their shelves with items very different than the modern day McCary’s. They carried high-end razors, lighters, and other non-jewelry inventory at times purchased with ration cards.

Jim’s son, R.L. McCary, learned his father’s business as a boy. R.L. McCary is equipped with the wits and creativity. He has the business smarts, an engineering brain and the spirit of an artist. R.L. is a hands-on, expert goldsmith that today is lost art. In 1960, R.L. and his wife Ruth opened a second location of McCary’s in Shreve City Shopping Center. His intuition told him that the city was growing away from downtown. The new location carried china and sterling, and was a full-service bridal registration location. Tucked in between Murphy’s Dime Store and Stan’s Record Shop, the second location of McCary’s became a Shreveport staple.
R.L.’s daughter, Lynn, grew up watching her father’s work ethic and talents serve the community as R.L. had learned from his father. In 1985, Lynn and R.L. made a second move to a location off Kings Highway. Lynn’s children, the fourth generation, spent their childhood in this location. They had the opportunity to see both their grandfather and mother work together to create beautiful one-of-a-kind pieces, but they also learned the art of serving people. Lynn will tell you, “It’s not about the things. It’s about the people.”

Miles McCary grew up in his family’s jewelry store admiring the work of both his grandfather and mother, but had different plans for himself. He had plans on becoming a CPA. Although it was not his passion, he felt it to be a good choice for his future family. As a student at LSU, Miles tells the story of the moment he made the decision to ask to become a part of the family business in a letter he wrote to his mother and grandfather. After weeks of preparation for a final exam, he left class that day knowing that he needed to seek another option for a career.

“I’ll never forget driving to an empty parking lot down Burbank Drive and calling my father to tell him I had failed and I had zero idea what I was going to do with my life and how I was going to graduate. I was taught from a young age that my education was one of the most important investments that was a massive gift with no strings attached other than expectation that I do everything I could to make my grades, because when I graduated college I was expected to be completely on my own. In a word, I was petrified.”

This defining day was six years ago. Soon after, Miles was offered the opportunity to join the family business, and he so humbly accepted. He is now married to Anne, the two have a new baby boy, Penn, and he is finishing his certification to become a gemologist. Miles and Lynn recently relocated McCary’s to the fourth location of McCary’s. Very different from the humble beginnings, the newest location of McCary’s is a vision of perfection. Gorgeous jewelry cases filled with the most exquisite pieces from all over the world that sparkle like the giant crystal chandelier hanging over head. When you walk into McCary’s, you will often be greeted by Miles or Lynn and you will be greeted with a smile and treated much like family.

Miles feels that working at McCary’s and carrying on the tradition of service as the generations before him is an enormous blessing that is so grateful for. Miles’ along with his wife, Anne, put their blood, sweat and tears into the newest location of McCary’s Jewelry, and it is stunning.

Miles Thomas and his wife Anne and baby Penn

But, becoming a father gave Miles a new perspective, “Now that I have a son, I can look at him, and I see that this business is about so much more than a physical structure.” It is his hope that his growing family, the fifth generation, will one day take the reins. Until then, for the McCary/Thomas family, it will always be about the people.

(Miles’ Letter to his mother and grandfather)

Not too long ago, during my senior year of college, I was in the middle of what was my most difficult accounting course – Advanced Cost Accounting. My major had been accounting for a couple of years at this point, and I had struggled through the entire curriculum to make good enough grades to go on to be a CPA after I graduated. Not that I ever had any lifelong aspirations to become an accountant but because that’s what I believed as a business major gave the best opportunity to be able to provide for myself and eventually my family. But everything came to a head that day that I walked in to take the test after weeks of preparation only to walk out with over half of the exam blank. I’ll never forget driving to an empty parking lot down Burbank Drive and calling my father to tell him I had failed and I had zero idea what I was going to do with my life and how I was going to graduate. I was taught from a young age that my education was one of the most important investments that was a massive gift with no strings attached other than expectation that I do everything I could to make my grades because I graduated college I was expected to be completely on my own. In a word, I was petrified.

As I started weighing my options of what I should do next, the opportunity of joining the family business was presented to me. So, here I was with no experience in a jewelry store, no knowledge of gemstones and/or precious metals, and no understanding of how the industry operated and yet the proposition was a simple as it could be – graduate college as quickly as possible and come to work ready to learn. At that point, I had no choice. I switched to an easier major and enrolled in online gemology classes to save time in becoming a gemologist.

Five years later, I’m married to the love of my life, own my own home, my wife and I are now new parents to our first-born child, Penn Oden Thomas, who arrived in April, we are building a brand-new store, and I’m in my final gemology class. Mom, you have helped me through every step of this process and you have given me your support since day one. You have been the glue that has held this store and this vision together over the years. Paw Paw, there hasn’t been a single lesson that you haven’t done everything you could to teach me. From custom-made pieces to learning how to set stones on Sunday afternoons, you have always made yourself available to me and my learning of the profession. You have taught me, through your example, what it means to work hard for what you hope to have. 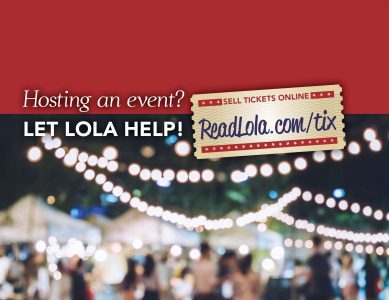